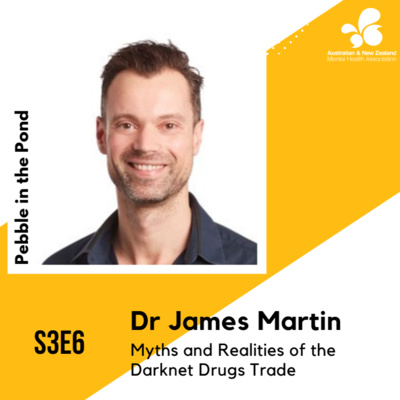 Since 2013, the darknet has increasingly been used for the buying and selling of illicit drugs. The rise of darknet marketplaces, also known as cryptomarkets, means that drug users are now able to access an unprecedented variety and volume of drugs sourced from dealers located all over the world. Australians are amongst the most enthusiastic participants in the darknet drugs trade, with numbers of both drug sellers and consumers using cryptomarkets steadily increasing each year across the nation.

So, what does the development of the darknet drugs trade mean for users and other participants in the illicit drugs trade, and what implications do their rise have for public health as a whole?

Specialising in cryptomarkets and the darknet trade in illicit drugs is this week’s guest, Dr James Martin. His first book helped define this emerging area of research and was cited in the trial of Ross Ulbricht, administrator of the infamous cryptomarket Silk Road. Dr Martin is a founding member of the Cryptomarkets Research Hub, an international and multidisciplinary research network focused on the online illicit drugs trade.

Listen in as Dr Martin explores how cryptomarkets function, how they alter the relationships between online dealers and their customers, and the impacts they have on addiction formation. He also tackles some of the widespread myths regarding the darknet drugs trade.

Anxiety in the Elderly: Symptoms and Restorative Strategies