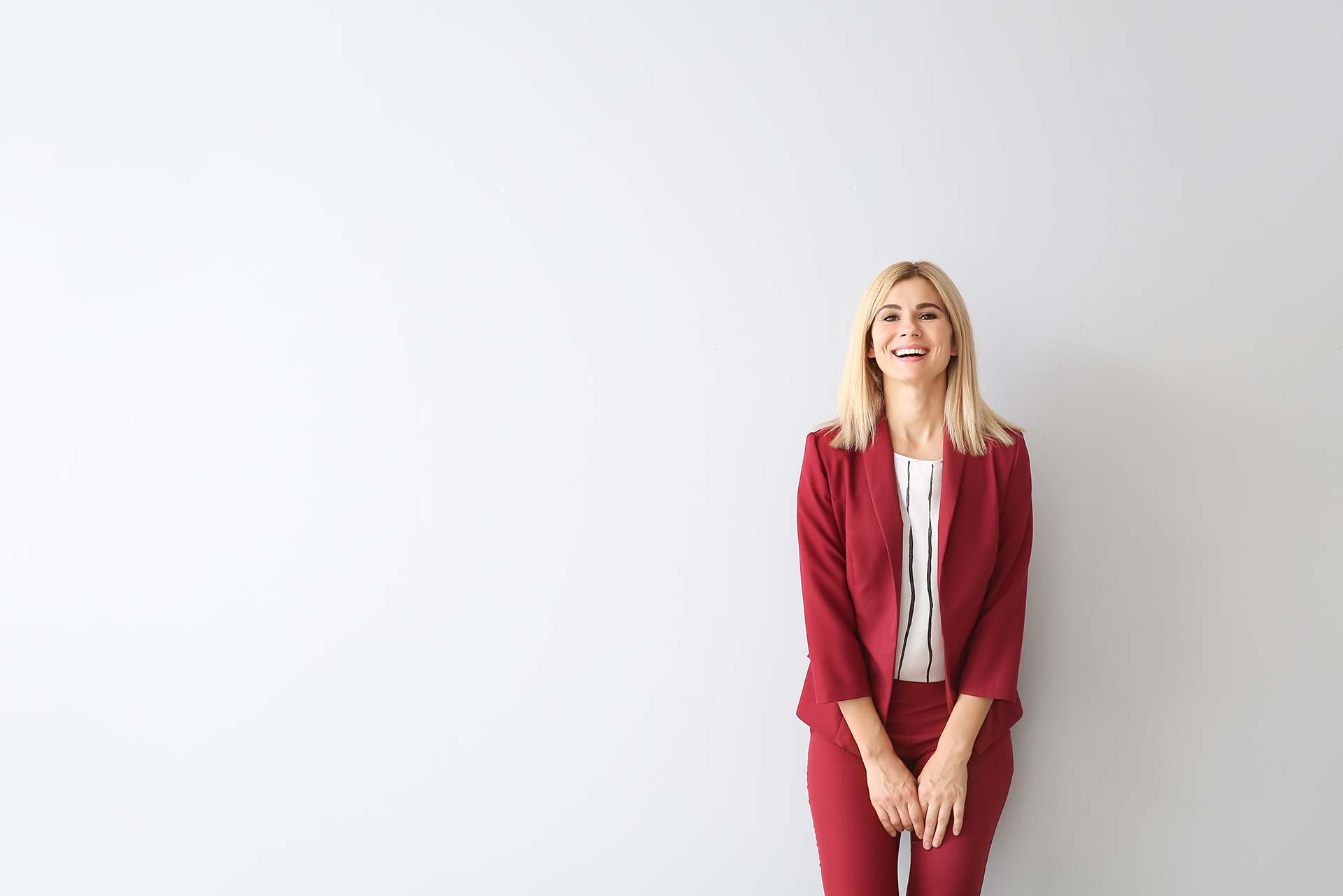 Mental health ambassadors are individuals who share their journey in all sorts of ways. They shatter stereotypes, myths, and stigma, helping the public to see the realities of mental illness while being a leader in providing real hope and support.

Whether it’s research, experience, lived experience or a passion for breaking the stigma, check out our current ambassadors and find out what they’re doing to advance mental health.

After her retirement and following the birth of her first-born child, Libby suffered from post-natal depression, which was further exacerbated by the loss of a rigid training support structure.

Since retiring Libby has dabbled in TV, a sales and marketing role for a technology company, and worked as a radio announcer for Triple M in Brisbane. She is also committed to pursuing her work in mental health, publishing her memoir Beneath the Surface, as well as taking care of her three young daughters, Poppy, Edwina and Bronte. 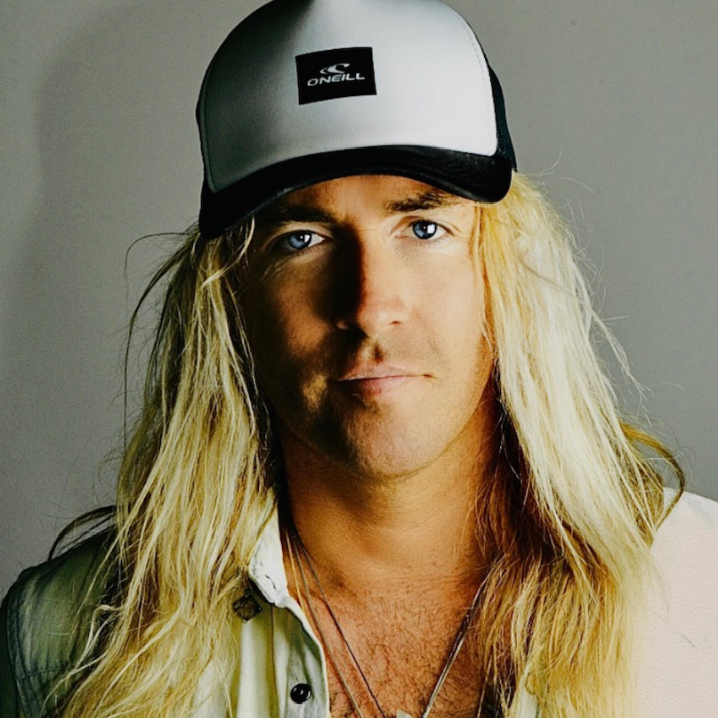 Dacre grew up in the beautiful surfing community of Cronulla in Sydney. His adult years have seen him live all around Australia and throughout Europe, where he has had a successful fashion photography career. Dacre helped with the creation of Brisbane Fashion Month in its early days, and has been writing since he was a young man.

An avid surfer, Dacre learned to surf before he could even spell. He went through years of intense and systematic bullying that slowly led to taboo medical issues.

In his debut novel, DANYON, Dacre blurs the lines between what happens in the mind of someone who has been bullied for a long period of time. He was able to survive suicide and make it through to tell this tale. DANYON touches on his own experiences, along with others carefully wound together to form a fictional tale based on true events. This read is not only confronting, but provides hope for anyone suffering the same issues.

Dacre’s mission is to reach as many people as he can with his stories – as no matter where you grew up – bullying doesn’t discriminate and so much is at stake when you use your words to another as you never know if that person is about to take their own life. 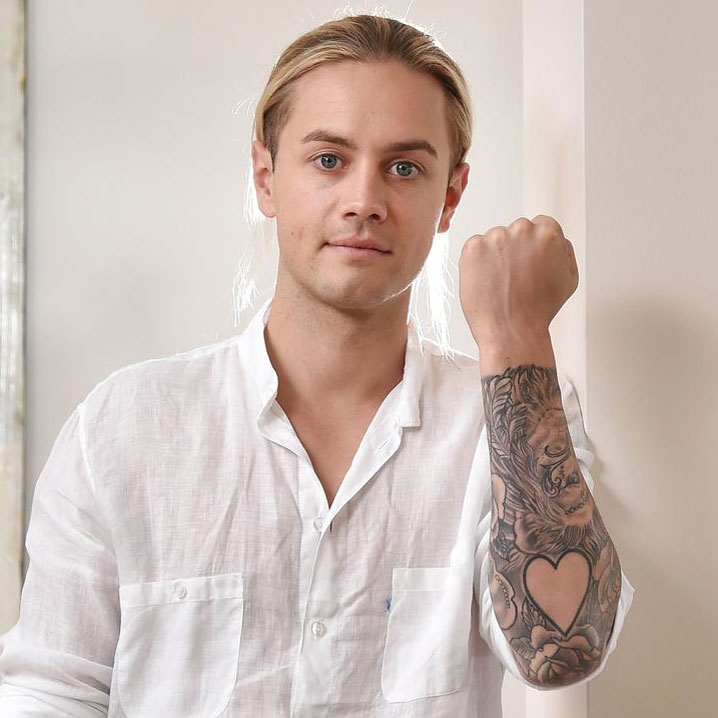 Entrepreneur and Founder – Heart On My Sleeve

Mitch has struggled with some of the most severe & debilitating mental illness symptoms for most of this life. Until recently, this had largely meant suffering in silence and isolation.

Founding an international not-for-profit mental health campaign to eradicate stigma called the ‘Heart On My Sleeve Movement’, Mitch’s ultimate dream is to change the face of mental health by empowering his fellow millennials to overcome suffering and help them re-imagine the healing power of the mind.

He is uniquely positioned to bring a firsthand experience of suffering from several chronic mental health conditions, with an educated academic understanding of the science behind problem and treatment, mixed with a comprehensive business, storytelling and tech background that allows him to build a platform to connect with people in an authentic and powerful way.

Mitch’s ultimate dream is to change the face of mental health by empowering his fellow millennials to overcome suffering and help them re-imagine the healing power of the mind. 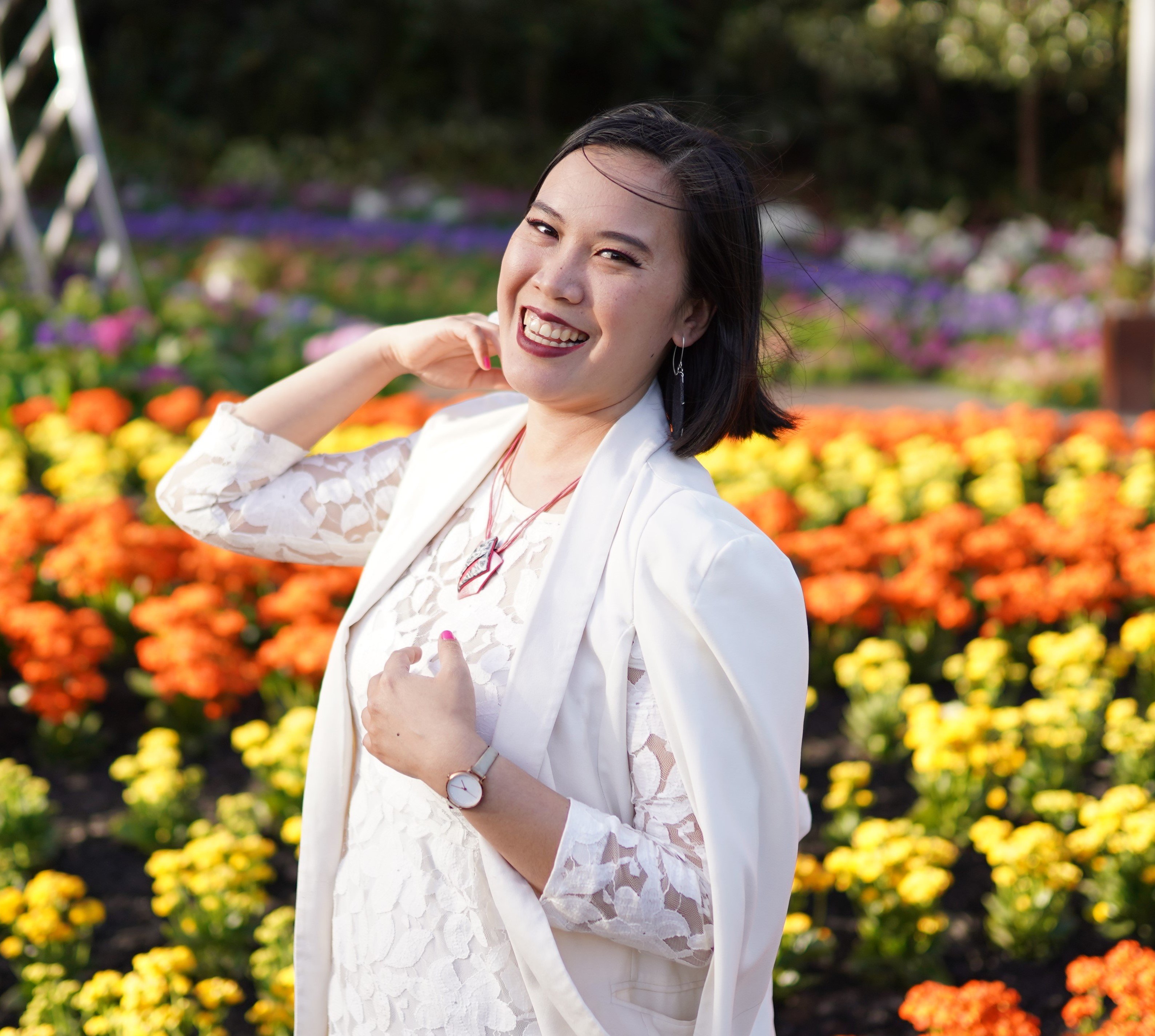 Born and raised in Brisbane, Suzanne Dang wants to end the stigma of mental illnesses through sharing her lived experiences of Bipolar Disorder Type I and doing work as an Ambassador for ANZMH. Suzanne dresses with style and expresses her love for fashion through her blogging. Suzanne even has an ‘elevator pitch' about her story and her advocacy ready for when she meets people at fashion events.  She loves attending these solo, so she's forced out of her comfort zone to mix and mingle with new people.

Suzanne finds sharing her story in a positive, empowering and vulnerable way through social media very rewarding, and these interactions are very natural to her.

She works full-time as a Mental Health Peer Support Worker, and teaches art to adults with severe and complex mental health issues. She enjoys getting creative, in particular as an Artist - and has had her artwork exhibited in various exhibitions in the past. 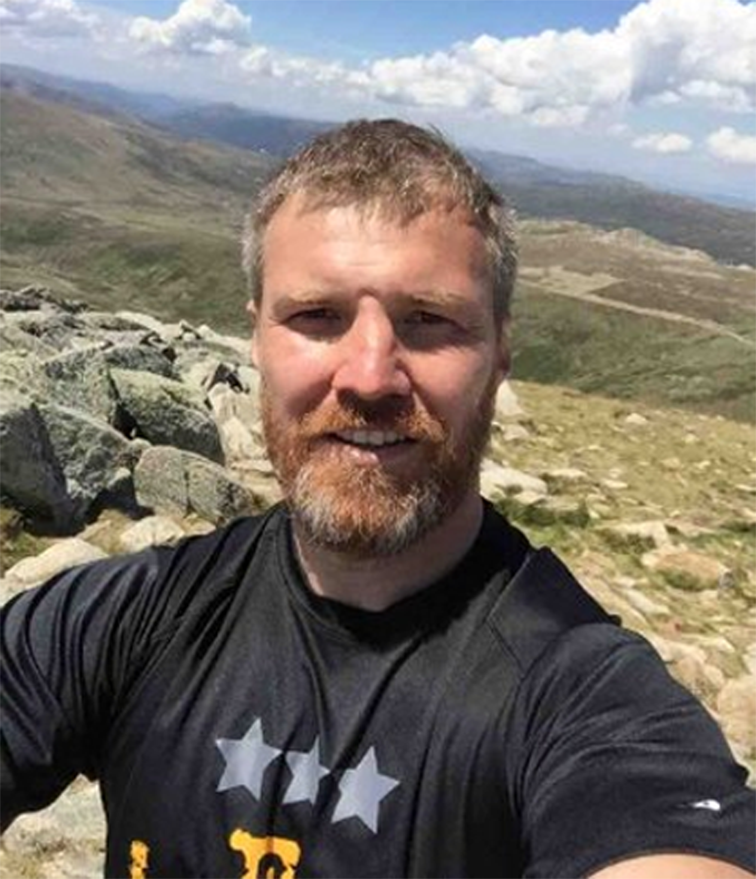 Silently struggling, by 40 his 10 year path to self-destruction was complete.

Gary Fahey spent 18.5 years with the AFP, holds a Masters Degree and qualifications in Health Science, expertise in Strategic Intervention and Neuro-Linguistic Programming, but fighting back from losing almost $2million, his career and his reputation would teach him more than formal education ever could. 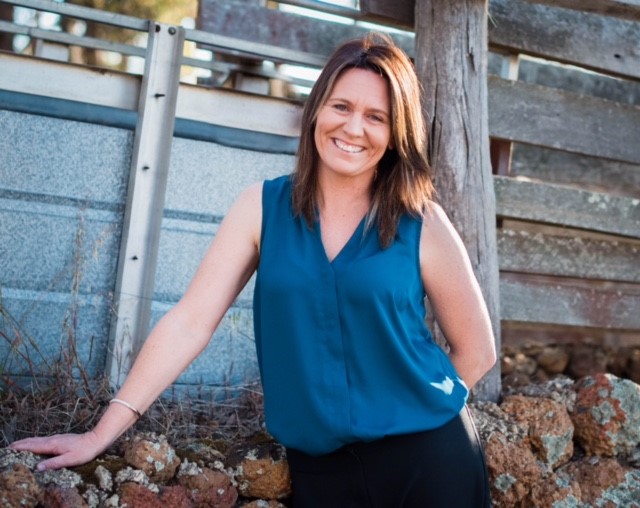 Renee is an independent consultant working to implement effective approaches to mental health across communities and schools.  She has over 20 years experience in Education and is the Chair and co-founder of a Community Based Mental Health Action Team.  She's passionate about utilising a community approach to mental health by working collaboratively across government and private sectors to make real change happen for both our youth and the wider community.  She has worked with the WA Mental Health Commission to write a Community Wellbeing Plan that is being shared with communities in the area as a model of success.

James Hill is a passionate Mental Health Advocate and 2019 Open Minds Individual Contribution to Mental Health Award winner. After his own lived experiences with mental illness, James has influenced change at Energy Queensland. Backed by the CEO he’s developed the role of Mental Health Advocate, creating a blueprint for the future of workplace mental health. The work done in this role won the Queensland Large Workplace Mental Health award. Additionally, James is a Mental Health First Aid instructor, speaker for Beyondblue, contributes to several national mental health projects, and he’s in the final year of a Bachelor of Counselling. 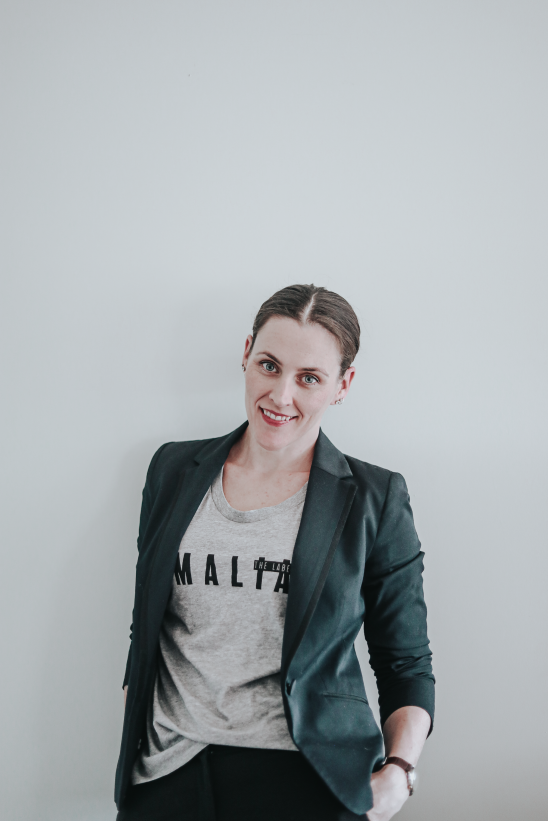 With a specific interest in neurological impacts of trauma and intervention development, Shanna is the founder of Cognitive Behavioural Education (CBE).

Shanna also hosts a successful podcast, The Trauma Tales, where she interviews trauma survivors and shares their stories with compassion, knowledge and even some laughs. 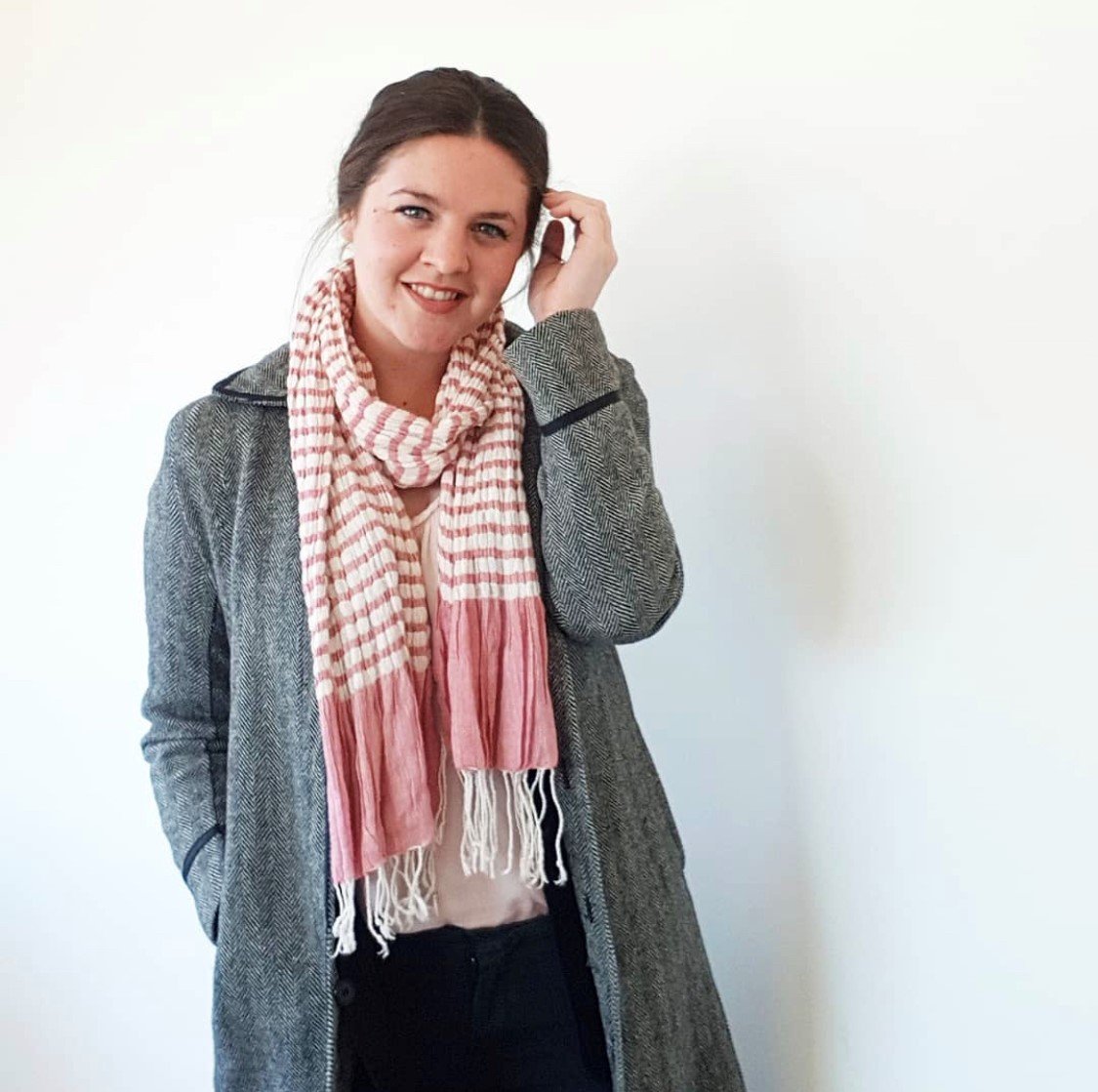 Jessica is the Community Engagement Officer for headspace Griffith and works in the youth mental health sector. Jessica is the proud mother of a beautiful two-year old boy and drawing on her own lived experience she advocates for and educates around perinatal depression and anxiety. While studying to be a psychologist, Jessica also sits on local committees ranging from social services to suicide prevention, which gives her a lot of insight into the various factors that are involved with mental health and management.

Tammy spent 12 years in management within large corporations, including the last 7 years in a senior leadership role driving strategy and cultural change in the food industry. She has a Bachelor of Applied Science (Food and Nutrition) and is a certified life coach. She has a passion for empowering mums to break free from the clutches of fear, stress and anxiety to feel ALIVE again. She has also pioneered a tailor-made program for mums returning to work called Mumma2Work. It aims to give both mums and the employer confidence, certainty, and calmness from pre-parental leave through to their transition back to the workplace after parental leave. She is also an extremly passionate mental health advocate and believes in the power of sharing our vulnerable stories in the hope to normalise mental ill-health and remove the stigmas that still exist, particularly those in the workplace. 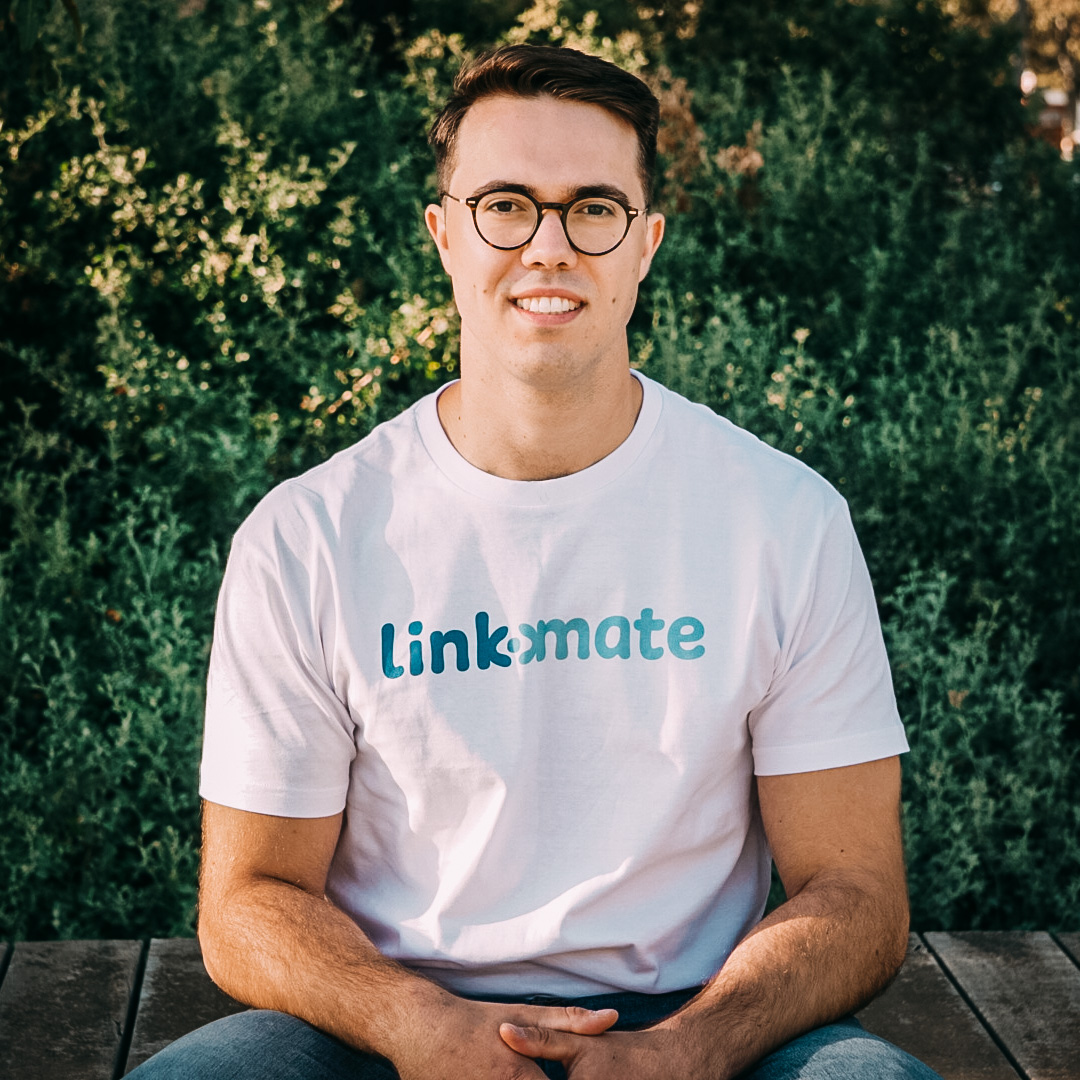 Having experienced mental health challenges both as a consumer and carer for his father, David has been inspired to harness the power of his lived experience to launch a social enterprise focused on preventative support. He holds a Bachelor of Biomedicine and is currently studying an MBA to complement his startup journey. David is also a youth health ambassador and member of the Youth Health Forum, where he takes part in consultations and helps push for better youth outcomes at a federal level. David strongly believes in giving power back to the people when it comes to healthcare, and this notion of empowerment is what underpins Linkmate, his digital platform.

Become a Voice for Change

Apply to become an ambassador for the Australian & New Zealand Mental Health Association. Contact us at social@anzmh.asn.au today.