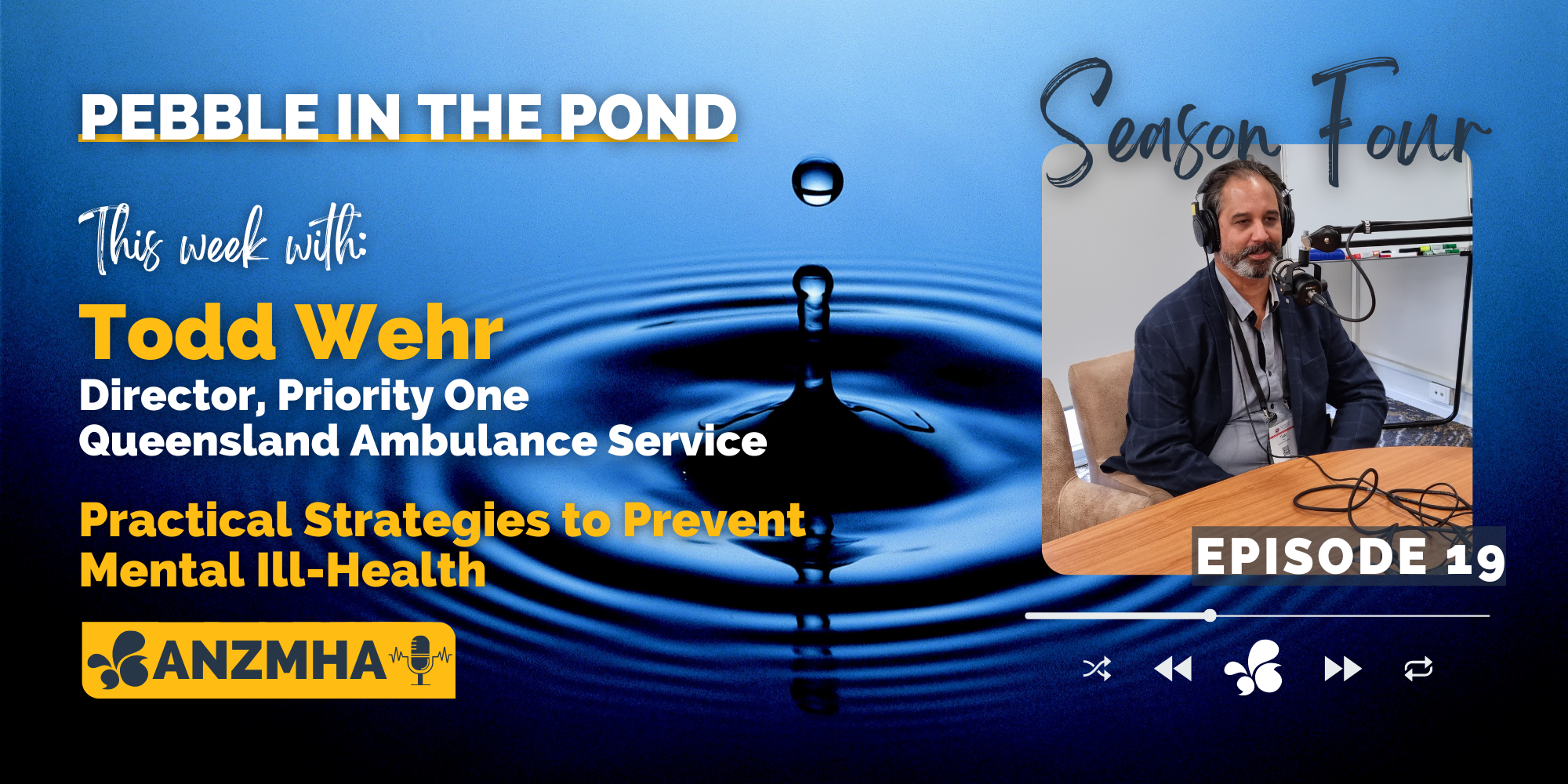 Working in the emergency medical service places a huge toll on the mental and emotional wellbeing of our paramedics – so what can we do to help prevent mental ill health on the front line?

Joining us this week is Todd Wehr, Director of the Queensland Ambulance Service Staff Support Services, known as “Priority One” in which he leads a multidisciplinary team. Todd has spent more than 25 years in the First Responder sector, initially as a fire fighter, and later becoming a paramedic.

Having already completed a degree in psychology and later a master’s degree in counselling he was able to focus his study on emergency services and combine this with his lived experience. During his time in ambulance, he has also had the privilege to speak and provide training with other agencies nationally and internationally. In 2016, Todd was recognised on the Queen’s Birthday Honours List and received the National Ambulance Service Medal (ASM) for his work in supporting ambulance personnel and their families.

Stay tuned as Todd speaks about his lived experience as a first responder and frontline worker and explores practical strategies to prevent mental ill-health in the workforce.

Four Symptoms of Anxiety to Watch For in Your Children

Supporting Your Child’s Mental Health While Going Through a Divorce