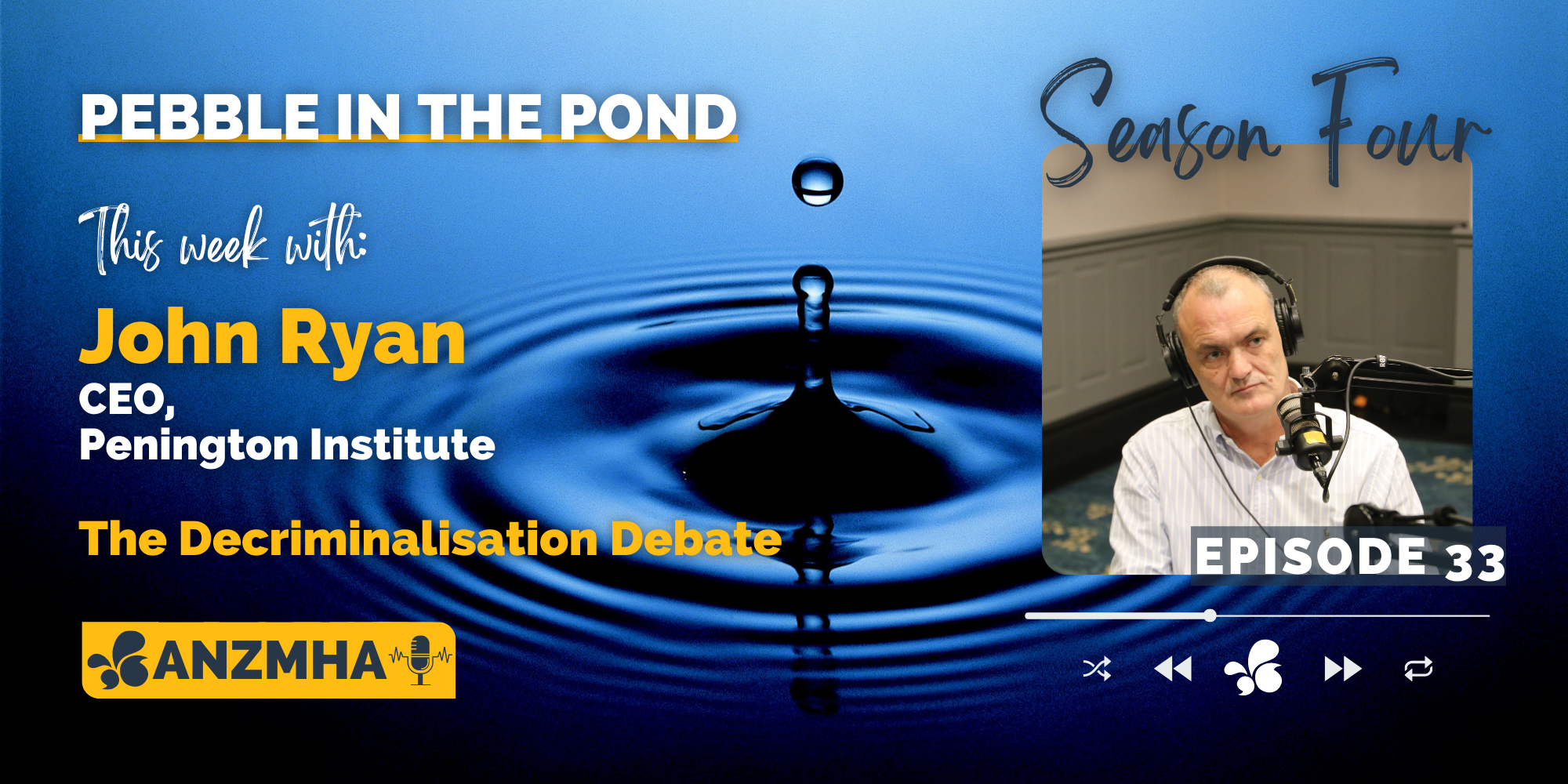 In recent years, there has been increasing public, political and media attention around the world to the question of drug law reform.

Jurisdictions across the Americas, Europe and the United Kingdom are debating and enacting reforms relating to cannabis and other illicit drugs. In Australia, too, the debate around drug law reform continues. But while some states and territories have decriminalised low-level cannabis offences, there appears to be little political appetite for adopting other models of reform or applying this approach to other illicit drugs.

But is decriminalisation an evidence-based approach? Should we decriminalise other drugs beyond cannabis? Here to explore answers is this week’s guest John Ryan.

John is a leader in public health whose expertise is widely recognised in Victoria and overseas. He is currently a member of the North Richmond Medically Supervised Injecting Room Review Panel and, in 2012, won a Churchill Fellowship to travel to the United States and study ways of improving public health approaches to drug policy.

As a former Needle and Syringe Program worker, university researcher and policymaker, John is deeply committed to promoting better approaches to substance use and leading Penington Institute’s work to create change for the better.

Stay tuned as John explores the challenges and opportunities surrounding the decriminalisation of drugs in Australia, and delves into the question; is decriminalisation an effective way to address problematic drug use?

Nothing About Us Without Us