Delirium as a Cause for Disorganisation 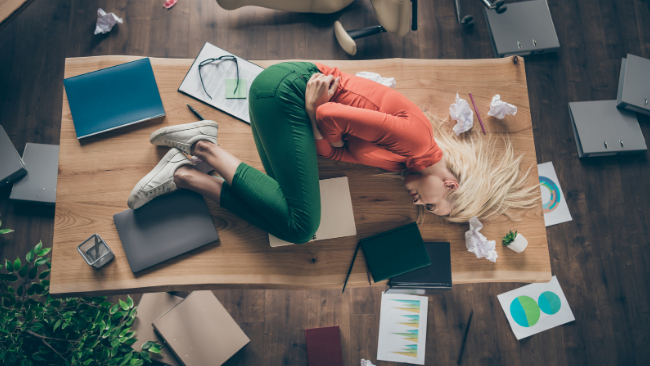 Delirium is a severe psychological syndrome characterized by attention deficits and generalized disorganised behavior (a cause for disorganisation). Even though, it is not considered as an isolated disorder, its symptoms are clearly definable and include severe cognitive deficits such as the inability to think rationally and loss of memory, rapidly alternating states of arousal (being hyperactive and hypoactive alternatively), hallucinations, spacing out and other emotional, behavioral, physical and social malfunctioning. It is one of the most tragic cognitive disorders which mostly affect the elderly but can be seen among young adults and children too.

The cause of delirium is brain dysfunction due to any harmful condition such as physical illness, damage, traumatic shock, lack of the basic needs such as sleep and food, surgery and alcohol, medications and other forms of drugs. Up to 80% of mechanically ventilated patients and up to 60% of long-term ICU patients suffer from delirium. Occurrence of delirium can speed up the death of the patient and many are likely to die within six months after they start displaying delirium symptoms. Disorders or damages related to the brain structure such as penetrating injuries and concussions, plus various neurological disorders such as cranial nerve disorders, autonomic nervous system disorders, seizure disorders, strokes, tumors, prion diseases, sclerosis, spinal cord disorders, severe migraine, etc, can also lead to delirium.

Even though there is no strong link with genes, some researches have indicated that this condition is likely to run in families. People from low socio-economic statuses and those who lack access to information and cognitive simulations may also suffer from the condition.

The severity of delirium varies greatly. For instance, a student with severe flu who may not be able to do his math sums and a person with constant hallucinations, severe mood fluctuations and loss of all forms of memory may both be qualified as suffering from delirium, but the first symptoms are temporary and may not interfere with the patient’s regular routines. The persistent and more damaging form of delirium continues to show symptoms for years and may cause impairment in the sufferer’s day-to-day life, and it is a cause of disorganisation. The sooner delirium is identified, the more manageable it becomes. Unfortunately, if this psychological condition is ignored at its primary stages, it may ultimately cause the sufferer to be physically paralyzed and completely detached from his or her surroundings.

Symptoms related to mood fluctuations can be positive or negative. The positive or hyperactive moods are characterized by euphoria, agitation and combativeness and the negative or hypoactive symptoms are characterized by social withdrawal and quietness. These episodes may occur alternatively or remain persistently in a given individual. Even though most believe that delirium patients have constant hallucinations and delusions, only about 50% of the diagnosed patients do. Their ‘odd’ behaviors are mostly brought about by reduced consciousness or lack of awareness about their surroundings. Memory deficits, language difficulties such as Aphasia (lack of overall language skills) and Dysarthria (deficiency in speech) and disorientation are also characteristic symptoms of delirium.

The Diagnostic and Statistical Manual of Mental Disorders (DSM) classifies delirium into four subtypes according to their causes, as;

There are four criteria that need to be fulfilled for a person to be diagnosed as suffering from delirium. They are;

The forth diagnostic criteria are the determinant of the type of delirium. If it is due to a general medical condition, in addition to the above criteria, the patient must have a history of disturbances caused by physiological conditions. If the condition is brought about due to drugs and alcohol, the symptoms must occur while the person is intoxicated. If it is brought about due to multiple general medical conditions and substance inducements, it is categorised as delirium due to multiple etiologies and if the reasons are vague and indefinable (sensory deprivation, mental trauma, etc) it is categorised as delirium with an unspecified cause.

Differentiating delirium from other states of psychosis, mood fluctuations and social withdrawal is crucial. For instance, delirium is differentiated from dementia because generally dementia doesn’t cause the level of consciousness to reduce and from acute psychosis because psychosis doesn’t cause patients’ cognitive skills to deteriorate. Thus, tests for other forms of mental disorders must be carried out and ensured that the individual is suffering solely from delirium. Some of the diagnostic tests include;

Treatment strategies of delirium should essentially include two key components – treatment of the underlying cause/ causes and optimising the condition for the brain. In simple terms, the objective of treatment methods of delirium is to slow the cognitive, physical and social functioning from deteriorating, while trying to resolve the causes altogether. Oxygenation, proper nutrition, hydration, facilitating adequate urination and defecation, mental and physical stimulation and medication can slow down the brain deterioration. However, detailed analysis done by highly trained neurosurgeons and neuro-psychologists are required before structuring any therapy.

In the cases of less severe forms of delirium, constant social contact with close relatives and friends, constant access to details about the environment such as having access to clocks and calendars, skill and behavioral training and simple strategies of mental stimulation may be helpful to slow down the symptoms from worsening. The pharmacological treatment depends on the cause, but antidepressants such as haloperidol are among the most promising drugs for delirium. Even though delirium, like Alzheimer’s and other forms of cognitive conditions is not entirely treatable, by proper care and access to expert therapists, patients’ life quality and life expectancies can be increased remarkably.

Rebecca Carter is a content writer at  UK Essays. Besides, she is fond of traveling. In this case, she has visited a lot of countries all around the world. It should be noted that photography is her other passion. Some years ago she was providing some bloggers with wonderful pictures.

Exposure Therapy as a Treatment for Post Traumatic Stress Disorder

S2:E32 | Dacre Danes: How Bullying Pushed Me to Breaking Point