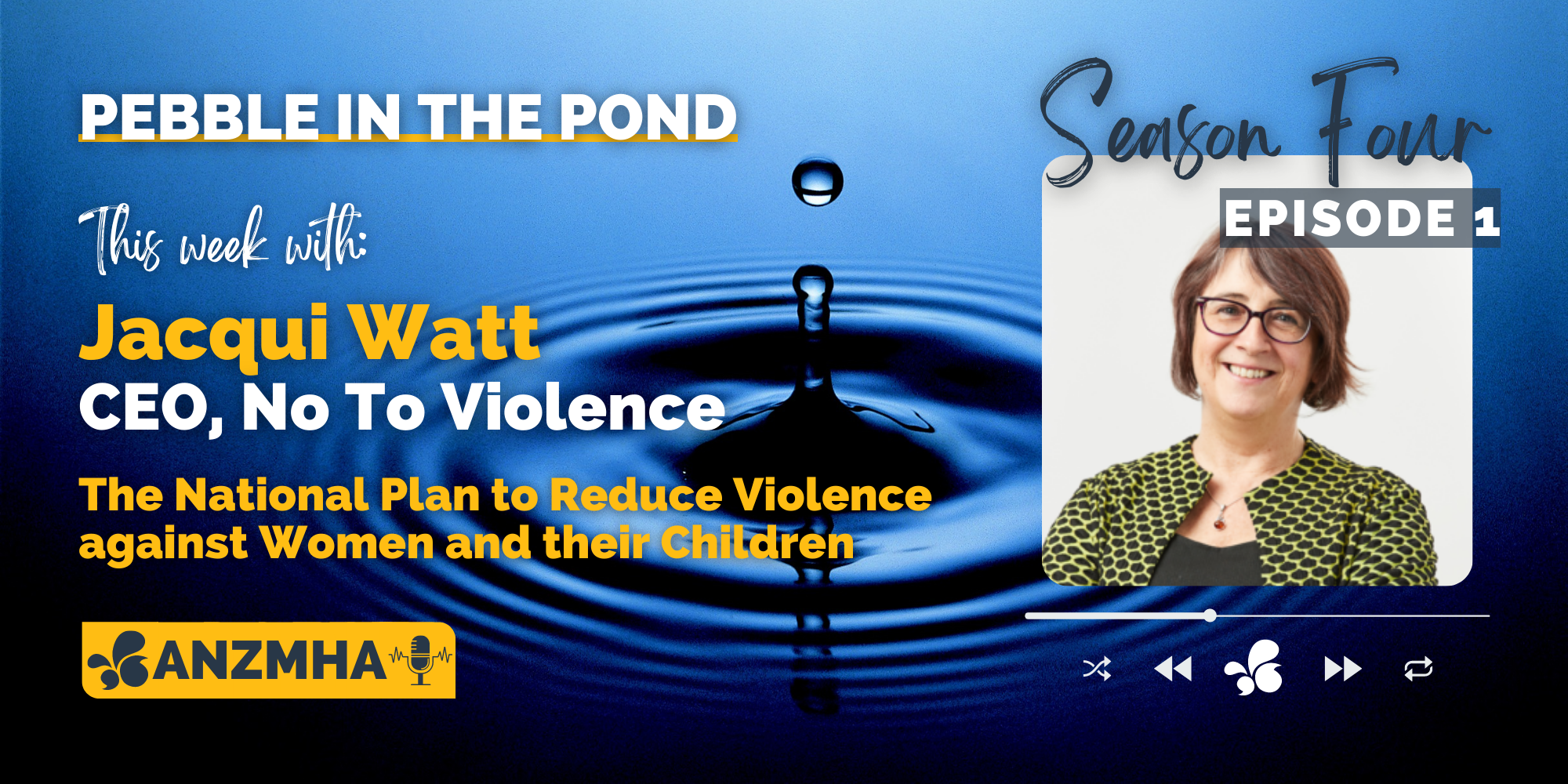 On Friday 9 August 2019, the Council of Australian Governments endorsed the Fourth Action Plan of the National Plan to Reduce Violence against Women and their Children 2010-2022, agreeing on five national priorities to reduce family, domestic and sexual violence.

One woman committed to seeing out this plan is this week’s guest, Jacqui Watt.

Since 2015, Jacqui has led No to Violence through transformational change, growing and building further credibility as Australia’s leading best practice organisation in men’s family violence interventions.

This is Jacqui’s third CEO role, with previous peak roles spent advocating for community housing. She has worked at senior levels in various fields, including alcohol and drugs, mental health, disability, social housing, and social enterprise.

Jacqui holds an Honours degree in Social Policy from University of Edinburgh, and a Masters in Management and Social Responsibility from Bristol University. She is also a Graduate of the Australian Institute of Company Directors.

Tune in as Jacqui joins me this week to discuss outcomes from the National Plan to Reduce Violence against Women and their Children, and what’s to come.

The Importance of Moving Your Body for a Healthy Lifestyle