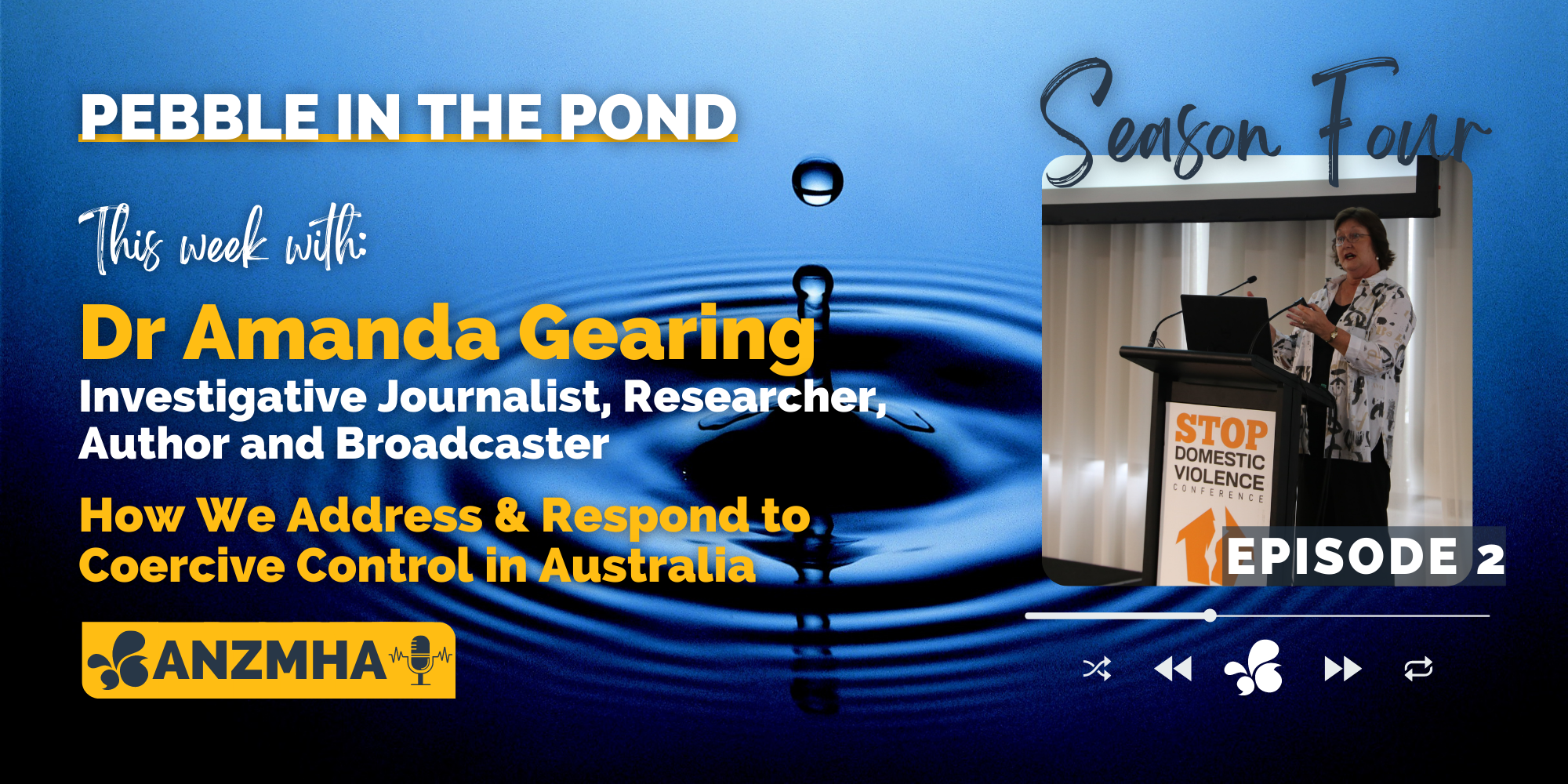 The death of Hannah Clarke and her three young children on in February 2020 on a footpath in Camp Hill in Brisbane opened our collective eyes to the devastating failures of authorities to protect victims of domestic abuse from being murdered.

Over the past 20 years coercive control has been defined, documented, and legislated against in Britain. In Australia, calls for coercive control to be criminalised are being addressed by every state and territory legislature.

This week’s guest Dr Amanda Gearing has been at the frontline for changing how our nation addresses and responds to coercive control.

With a PhD in global investigative journalism, Amanda’s reporting over 30 years has led to legislative changes, Senate Inquiries, Commissions of Inquiry, and other reforms. Her work has also been recognised by many industry awards, including a Walkley Award in 2012.

Amanda’s reporting on the murder of Hannah Clarke and her children in February 2021 raised public awareness that there is a very strong correlation between perpetrators exerting high levels of coercive control over a partner and subsequently killing their intimate partner and/or children.

Stay tuned as I speak with Amanda about her journalistic experiences, and what actions she has taken to change the way we approach coercive control.

How is Play Important in Child Development?

Digital Mental Health Programs – Where Do They Fit?