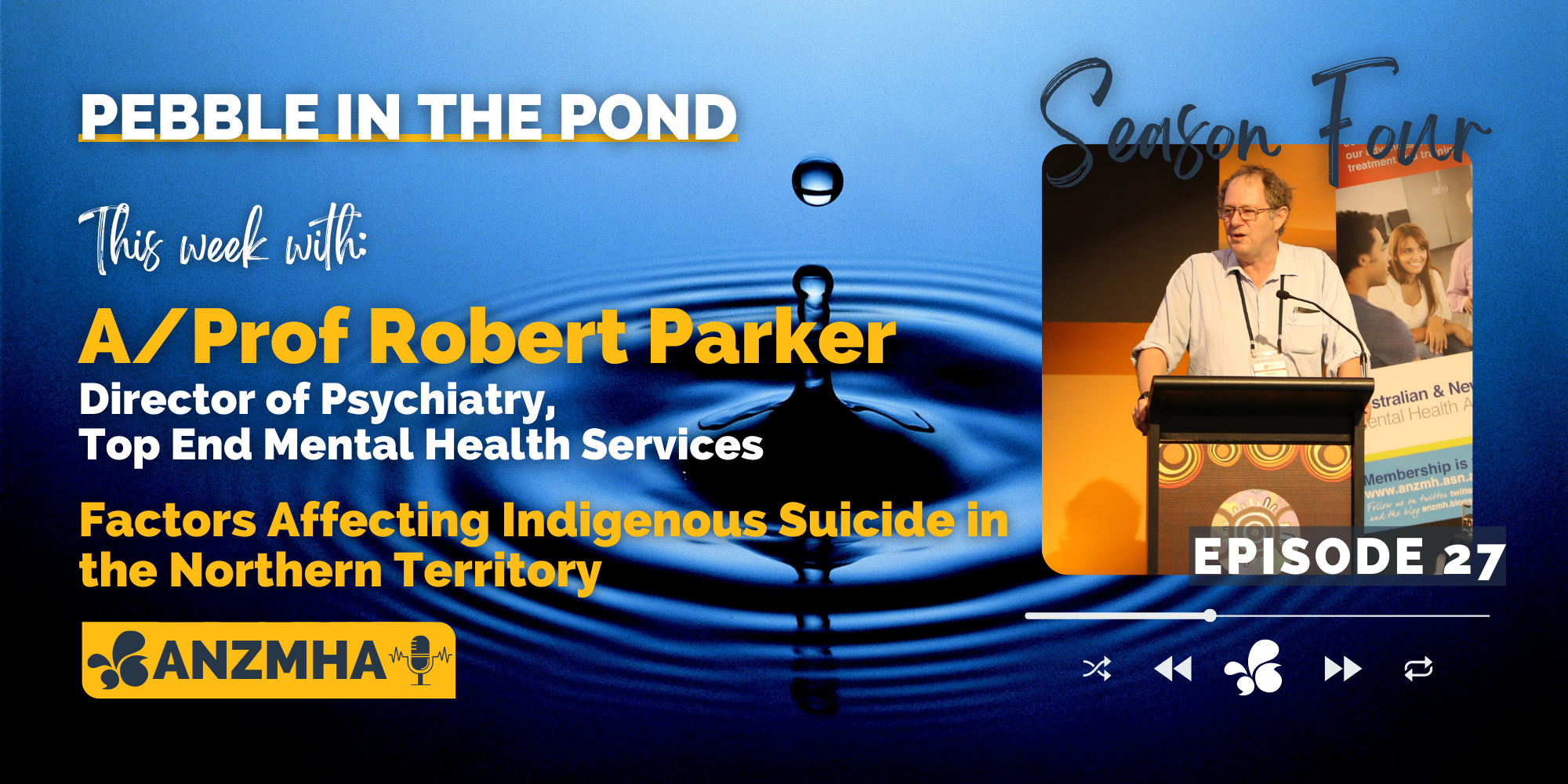 It is recognised that the Northern Territory has one of the highest rates of suicide in Australia, if not the world.

Joining us to explore factors behind these shocking statistics is this week’s guest Robert Parker.

Initially completed a Bachelor of Arts Degree in Archaeology before working on the Tiwi Islands in the NT for three years as an art and craft advisor, Robert began his career in mental health by training in medicine and psychiatry. He is currently an Associate Professor in Psychiatry at Flinders University SA and the Director of Psychiatry with Top End Mental Health Services in the NT.

Robert is a past Chair of the Aboriginal and Torres Strait Islander Mental Health Committee for the Royal Australian and New Zealand College of Psychiatrists. He has also been President of the NT Branch of the Australian Medical Association for the last 8 years. Throughout this time, he has published several articles on Indigenous mental health and suicide.

Stay tuned as Robert joins me to reflect on the potential reasons and influences for suicide rates being so high in the Northern Territory, in the context of 20 years working as a psychiatrist in the region.