Type I vs. Type II Bipolar Disorder: What's the Difference? 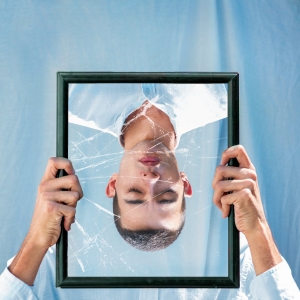 Important notice: the information in this article is not meant to diagnose or treat any medical condition. If you suspect that you or someone you know is suffering from a psychiatric illness, please consult a healthcare professional immediately.

Bipolar disorder affects roughly 2.6% of the adult population, or an astonishing 138 million people. Of those diagnosed with the condition, 83% are classified as presenting severe symptoms. Bipolar sufferers are also fifteen times more likely to prematurely end their lives compared to those without any mood disorder.

What is bipolar disorder?

Bipolar disorder is classified as a mood disorder. The chief symptoms include depressive and (hypo)manic episodes.

Mania and hypomania are on the other extreme end, causing increased excitability and in many cases euphoria. Common symptoms include racing thoughts, grandiosity, increased libido and risk-taking behaviours, and little or inability to sleep.

Psychotic features are also common among bipolar patients, especially in the type I variant. Psychotic bipolar disorder is often confused for schizophrenia. It can sometimes take weeks or months to form a conclusive diagnosis, even for a skilled medical professional. 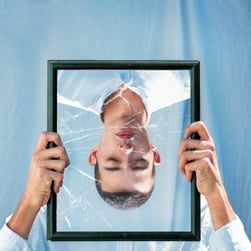 What are the two types of bipolar disorder?

There are two bipolar variants: type I and type II. The former requires at least one manic episode for a diagnosis. Here are some other differences between them:

Bipolar disorder usually runs in families and is activated by stress or drug use. A sufficient degree of stress or any number of drugs can also cause a recurrence of symptoms. Stresses include school or work stress, relationship stress, lack of sleep, or stress from drugs, especially hallucinogens.

In many cases, there are no presenting premorbid symptoms, and one only knows they have the disorder during or after an episode. Manic episodes or severe depressive episodes usually require hospitalisation, where a diagnosis is made, and a treatment plan is started.

How is bipolar disorder treated?

Patients with bipolar disorder are prescribed medications depending on presenting symptoms. In nearly all cases a mood stabiliser is the first drug administered. Second to this is an anti-psychotic or anti-depressant. In the case of patients experiencing psychosis, anti-psychotics usually precede a mood stabiliser.

Regular visits to a psychiatrist and therapist or clinical psychologist are necessary for several years after diagnosis, if not indefinitely. A combination of talk therapy and cognitive-behavioural therapy can help bipolar patients re-enter society in a healthy, productive way.

If you or someone you know is presenting symptoms of a manic episode, immediately bring yourself or them to a healthcare professional. Depressive and hypomanic symptoms are also serious, and an appointment with a psychiatrist should be scheduled.

This article was kindly written and contributed by Alex Schaffer.

The Psychological and Social Benefits of Playing Cards