Ending the Silence About Suicide 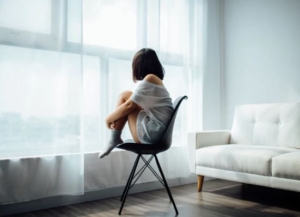 Suicide is one of those mental health issues that is seldom talked about. But talking about it is exactly what should be done.

Cloaked in a shroud of silence, those who think about, plan, and attempt suicide find themselves alone with the feelings of frustration, guilt, and anger that may have been the triggers for their attempt in the first place. They think they have nowhere to go to be understood. After all, how can anyone understand the events that lead up to a human being wanting to die?

But there is help available. A variety of resources can be accessed, some without ever giving a name. There are people who care and want to understand out there waiting to be called.

What are some of the reasons behind wanting to kill yourself? There can be many, and every person has his or her own unique set of reasons. But there are a few that seem to be common.

For young people, some as young as  middle school, this is a more and more frequent reason for wanting to kill themselves. Bullying takes on a whole new dimension with the internet and social media. Kids who want to push others to this kind of terrible choice can do so anonymously and continually. Kids can be made to feel worthless and hopeless because they wear the wrong kind of shoes. Once a young person is targeted, everyone knows because all of his or her friends are on the same social media sites. There is no escape. You can learn more about how to deal with cyberbullying at ditchthelabel.

Many people who suffer from psychological problems at least think about suicide. Depression can lead to feelings of hopelessness that can then lead to thinking about suicide. Trichotillomania, skin picking, can likewise lead to those feelings of worthlessness that bring on thoughts of suicide. After all, the embarrassment of others noticing the results of skin-picking and the frustration felt when trying to stop are enough to push people to this choice. 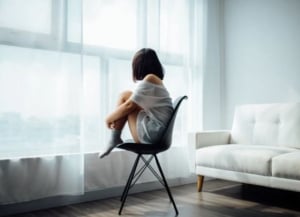 Living through an experience in which you almost died or you saw someone die can be something people never forget. Memories and even flashbacks to that event can plague you for years. It also significantly interferes with daily living. At some point, anyone who has suffered trauma can be so overwhelmed by the constant reminders and memories that they want to escape them any way they can.

One thing that often happens when people get to the point of wanting to escape the things going on in their lives is engaging in substance use and abuse. Vulnerable people who desperately seek relief can turn to this behavior. But rather than escaping the problems in their lives, these people often bring on more of them. This pushes them further into the despair that put them into drugs or alcohol. They become less able to think more rationally about their situation and become more likely to choose suicide through overdose.

If you come from a family in which suicide has happened or is even common, you’re more likely to turn to suicide yourself as a way to deal with life’s issues. The act of suicide itself is not genetically based but growing up in an environment where the behaviour is seen as acceptable in some way makes you more vulnerable to it. Add to that the potential of a tendency for a mental illness of some kind being inherited, and you have a set-up for suicide. There are some personality characteristics that can be inherited and that make you more vulnerable to choosing suicide. Some of these are: inflexible thinking, aggression, and sensitivity to stress.

What can you do to prevent suicide? There are numerous web sites available that contain a significant amount of information regarding what can be done. Suicide.org is one of those sites. Read all you can from this kind of site to reduce the risk of you or a loved one from committing suicide.

This article was kindly contributed by Ariel Taylor, author of trichstop.com, an online therapy program for Trichotillomania.