Feeling Full and Empty: The Emotional Experience and Rationale of an (Former) Eating Disorder Sufferer 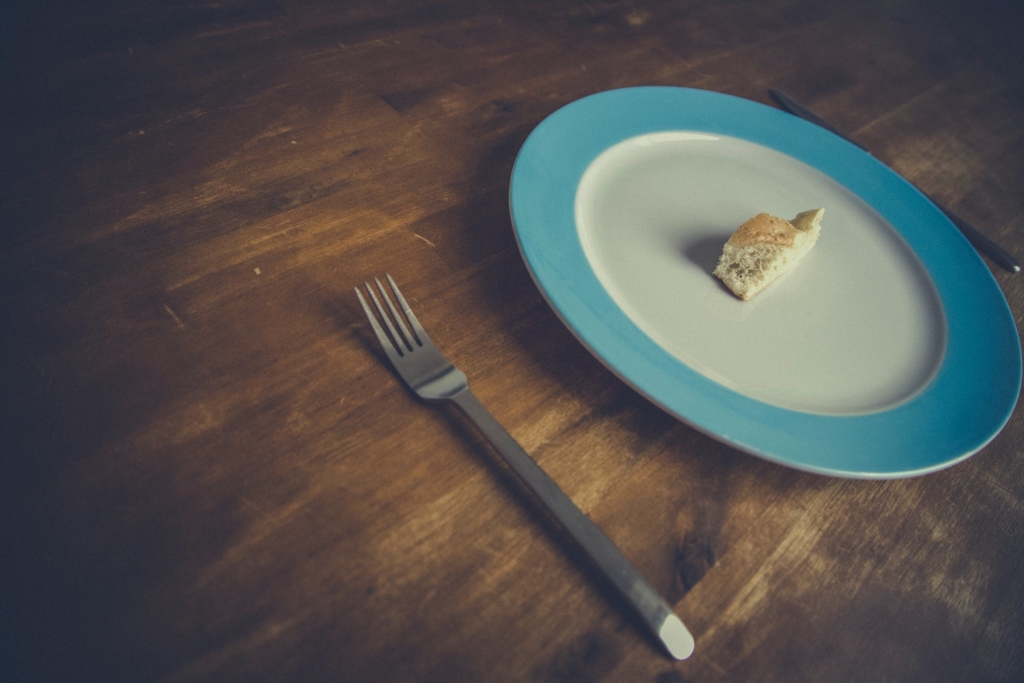 Everyone and anyone. This both encompasses who should be aware of eating disorders as much as who is capable of developing them. And while the people who do end up acquiring such a burden may be naturally aware of them, they are not necessarily aware of the fact that they are not alone, nor that they can overcome that. Just like I was not.

I will tell you a little bit about my story. For me, everything started back in 2014. At the time, I practiced track and field, so everything started with the simple and innocent thought of just improving my performance. I have always thought of myself as a perfectionist, so, no matter how much weight I was losing, it never quite felt like it was enough, until the point where it became excessive, with me dropping from around 45kg to a minimum of 34kg at the “high peak” of my condition. Anorexia nervosa, which by now felt like part of who I was.

At that point, I started seeing a psychiatrist. I cannot generalize nor extrapolate any useful conclusions from this experience, as my lack of cooperation and understanding limited its effectiveness significantly: I would cry, scream, run… It was not working for me. And nothing seemed to be helping. People would tell me to eat. I could not. I was scared of any extra calorie entering my body and making me fat. I would fill my plate with vegetables to seem like I was eating a lot, while avoiding every perceivably sweet, savoury or fatty food.

An expected, natural question that may become relevant at this point relates to the contrast between how people like me are able to starve themselves while other people struggle with limiting food intake. My experience-aided curiosity has led me to delve into the issue a bit more technically over the years, having gathered that, while not being about food per se and with its triggers requiring further study, people that do suffer from the same condition have subtle but impactful differences in their brain chemistry, serotonin pathways and reward mechanisms. 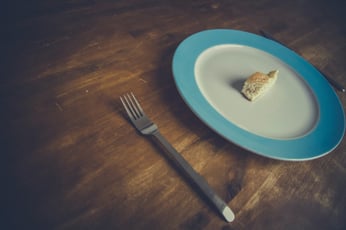 Difficulty experiencing happiness and any sense of accomplishment, leading to an easier self-restriction on foods capable of spiking dopamine in the brain, along with predictions that it might be related to the Brain-Derived Neurotrophic Factor gene make for a somewhat “stubborn” condition to deal with and treat. The missing neurobiological link seems to be the key to an effective treatment option, which would slow down the pervasiveness of the disease with the highest mortality rate out of all mental illnesses.

But technicalities aside, the transition to bulimia nervosa was even harder. By now, everything I had previously purposely restricted myself from was subject to the exact opposite, followed by feelings of guilt that would lead me to purge (by vomiting, or indirectly, as I would think if it, by running for hours). I could not eat a cookie without eating the whole package, nor eat the whole package without eating everything in the vicinity of said package, until the point where I could barely move. As I put on some more weight, the image I had of myself was disturbed even more. And yet, I still could not stop eating.

Having gone through both conditions, I have to say that, whether or not anorexia is supposed to be more harmful, bulimia surely felt more painful to me. At this point, there was nothing that would make me feel alive, except for food. I would skip classes to smoke, binge and purge at least five times a day, followed by running and feeling ashamed. I got depressed and anxious. I got myself into a loop I could not get out of. I knew I did not want to be in it and that I was destroying my life, but I was lost in it, unable to find a way out. I was lost in it for two years.

Awareness of eating disorders in Europe seems to vary greatly by country, and I didn’t feel like I was in one of the more aware ones. So I felt like I had to try to recover on my own. Every self-help book I could gather and every disorder recovery testimonial video I could find served as the basis for the advices that I tried following with all the tyranny of will I could muster. And I started recovering.

I do not remember ever feeling a similar pain in my life. I followed my urges, as recommended, yet, I would feel very stuffed all the time, bloated, and still anxious. Although I was trying to practice self-love and self-improvement, it was so hard. I did not want to go back, or even look back, except to see where I was standing and where I came from and once stood. For sure it was not easy, and all the discomfort lasted for several months. I relapsed a few times, but I still held preciously in my mind the fact that it was normal and that there was no reason to feel ashamed. I started practicing self-love again. Engaging in tons of activities I thought I could never do, everything and anything to keep my mind away from food. I understood that all my urges and feelings were a result of my lower brain and prime functions, having nothing to do with me, capable of being overcome with time, patience and the help of the right nutritional advices.

As for right now, I have engaged in and embraced this recovery path. I am not fully recovered, although I hope one day I will be. I still have occasional binging desires, but I do not follow them. I can truly socialize and engage in different activities without thinking about food. And I love myself and my accomplishments more than ever.

Living with such disorders for around 10 years has changed me. It has changed my thoughts, my world view and the way I see the people around me. But it has not done so for the worse, or in a regrettable fashion. For as much as there might still be to be learned and discovered about the nature of these disorders and the respective influence of biologic, genetic and/or environmental factors, two things I find to be, personally, certain. That I would not wish them upon my worst enemy, and that they do not only not define someone, but do not represent the end of anything. Yet, millions suffer at this exact moment without the attention they require, shielded from much-needed awareness and isolated from ever-necessary help.

Everyone and anyone. While this both encompasses who should be aware of eating disorders as much as who is capable of developing them, it encompasses none of those who should be ashamed of those same disorders. I do not feel any regret, because I am who I am due to exactly what happened to me in the past, and while I cannot change what happens to me, I was, am and will continue to be in control of how I react to it and how much stronger than before I grow due to it. And if I can spread awareness, understanding and help to only one person, it will have been worth it. Because maybe that one person will not feel like she is alone. Maybe that one person will now be aware that she can overcome that. Just like I wish I had been.

This article was kindly written and contributed by Mariana Kobayashi.

Recognising What Triggers Your Anxiety