What Are the Risks of Cancer for People Suffering From Anxiety Disorders?

Although the symptoms for these conditions will be less apparent than other mental health conditions, which cause behavioural changes, it has been widely recognised that most of these conditions are associated with an elevated risk of cancer.

It is important to understand these risks so that cancer can be prevented.

What are these risks and how are cancer and anxiety related two related? 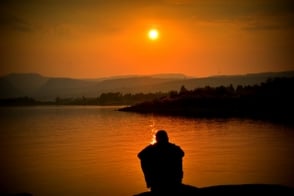 It has been hypothesised that anxiety impairs immune and endothelial function, thereby affecting the ability of the body to fight against unwanted tumorous cells. Further, it has been elucidated that the hormones secreted during the state of stress in the body, like the cortisone hormone, have an effect on the tumour microenvironment. As stress affects the cell environment and reduces cellular capacity to facilitate DNA repair, it has the possibility of contributing to cellular mutations, which is responsible for the growth of cancerous cells in the body.

It is also possible that stress increases the rate of these cellular mutations and eventually accelerates tumorous growth as it alters the reuptake of glucose by the body. Due to this, it may also have a role in the progression of tumour to a later stage and its spread to other distant sites in the body[2].

How serious is this risk?

The gravity of this risk largely depends on individual levels of anxiety and whether or not other risk factors for a particular cancer are present. In the presence of other risk factors like a positive family history, the risk of having cancer due to anxiety disorders is accentuated. An increased incidence of cancer has been reported among individuals diagnosed with generalised anxiety disorder within a small span of a year of its diagnosis. Not only does an increase in anxiety lead to this chronic condition but also raises the risk of mortality due to the same. More and more studies have reported that depression and anxiety increase an individual’s risk of dying from cancer, which has been attributed to a constant state of stress and inflammation in the body due to the presence of cancerous growth.

However, this is not always the scenario. There is not a definitive correlation that depression occurring during the term of cancer causes death; anyhow, it has been observed that 32 % of individuals diagnosed with mental distress are more likely to die from cancer[3]. A greater risk of mortality was observed in men as compared to women in whom an increase in anxiety is not associated with an increased risk of death due to cancer. Studies have reported that men who are suffering from anxiety are twice more likely to die from cancer as compared with men who have sound mental health[4].

Which cancers are most likely to occur when suffering from anxiety disorders?

The risk of cancer while suffering from anxiety disorders is greater in men as compared to women as is the case with mortality from cancer as discussed above. This risk is largely dependent on the type of body cells affected. An overall increased risk of suffering from male – specific cancers like that of the prostate is noted during states of anxiety. Other than this, men also have a greater risk of suffering from lung cancer, cancer of the mediastinum or that of the liver or the biliary tract. It must also be noted that the risk of prostate cancer is greater among men above the age of 80 years.

Other than this, there is an overall increase in the risk of colorectal cancer, pancreatic cancer, oesophageal cancer and leukaemia in both men and women.

What inferences can be drawn from this?

It must be understood that anxiety disorders are effectively manageable with the help of treatment and having any of these conditions does not necessarily mean that you will be diagnosed with cancer and are bound to die from it. There are certain other factors and risks that are equally accountable for cancer. It is largely known that stress and anxiety affect the overall quality of life and decision making, which may put the individual at stake of other risk factors for the development of cancer as well. To prevent this from happening, it is important that you live a healthy lifestyle and take care of your diet and exercise, which will also aid in the management of anxiety adding on to the benefits of its pharmacological management.

Author Bio - Dr. Garvita Arora is a qualified dental surgeon and an avid writer. With 500+ articles and medical blogs, she has written on a variety of topics, which have been of immaculate interest to her readers.

Exploring new domains, she has now collaborated with CancerBro as a guest writer and is immensely dedicated to her work.

Cracks in the Ice: An Online Toolkit For Crystal Methamphetamine Addiction

Are You Ready to Learn a New C-Word?