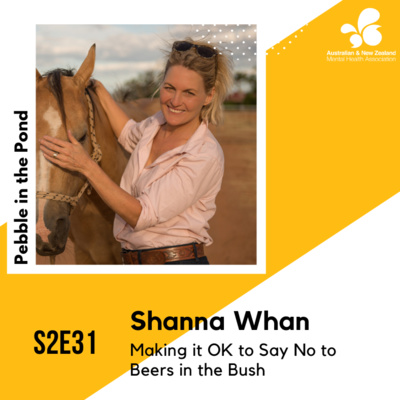 Alcohol is the most commonly used drug in Australia, with consumption per capita and alcohol-related harm increasing with remoteness.

People living in regional and remote areas are more likely to drink frequently or at levels harmful to their health, with various contributing factors including culture and social acceptability.

Her initiative, Sober in the Country, began as a blog in 2015 and evolved into a national Australian charity and is today a raw and authentic conversation and connection point for peers that's changing and saving lives.

Shanna's two-decade descent into alcoholism began as a trauma, then hiding behind a 'party-girl persona,' and finally - it almost cost her, her life.

Today it is her life's work to advocate for others by speaking candidly about the truth of alcohol addiction in rural Australia; a demographic she believes is being wilfully overlooked by our national health leaders.

Shanna is passionate about sustainable people in the regional space. She is speaking up on behalf of a vast number of hard working rural men and women constantly dismissed by society, health professionals, and friends as needing support because they appear, superficially, to be ''okay''.

Join us for this week's episode as Shanna delves into her experience hitting her personal 'rock bottom', life after PTSD, and how she is actively working to inform others about the true face of what she calls ''casual alcoholism'' in rural Australia.