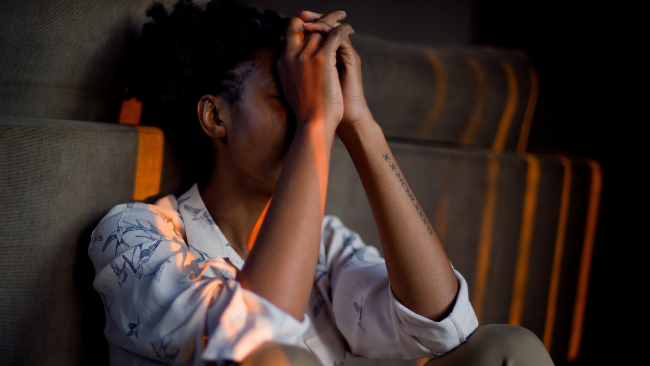 Acute stress disorder is an anxiety disorder characterized by detachment, numbing, derealization, dissociative amnesia and re-experiencing of the stressful events repeatedly in the form of dreams, hallucinations and thoughts. Even though statistics related to acute stress disorder among the general population are unknown, it is estimated that up to 33% of people who experience traumatic events are likely to go through this condition. The trauma that can bring about stress varies largely, from person to person and community to community.

Some people have a higher stress vulnerability level and/ or have experienced trauma so often that they are unaffected by them; in other cities, communities and cultures, incidents that are known to give rise to stress typically, maybe no more than a part of their existence. On the other hand, in certain people, the slightest trauma could cause an acute stress condition, depending on their cognitive capabilities, life-experiences and exposure, degree of emotional arousal and the social support network around them.

This is an essential cause of acute stress disorder. Trauma such as natural disasters, war, abuse, violence or severe illness, is directly linked to loss of loved ones and property and in most cases, a fight with life and death.

Psychodynamic theorists prefer this approach to define trauma, where they state that individuals who have gone through traumatic events such as abuse or death as children are likely to show symptoms of the disorder when they experience similar situations as adults.

If the part of the brain related to stress regulation such as the emotion center of the brain, is damaged, people may appear more vulnerable to stressors. In severe cases, the slightest negative experience can trigger a lot of emotional turmoil that would lead to a condition such as acute stress disorder.

Whereas brain injuries can trigger negativities that didn’t exist before, brain abnormalities such as lack of regulation between neurons, distortion of the emotion regulators of the brain, can make an individual more vulnerable to stress than a person who doesn’t have these abnormalities.

The symptoms of acute stress disorder are mostly dissociative symptoms such as:

In addition to the above dissociative symptoms, people suffering from the acute stress disorder may also find it tough to function daily, and may show physical or social symptoms including bodily distress, social withdrawal, intense negative feelings, etc.

It is also important to note that there is a difference between post traumatic stress disorder (PTSD) and acute stress disorder (ASD). Diagnosis for ASD is given only during the first month that follows the trauma. If symptoms continue to show, PTSD diagnosis is given to the individual. Also, an individual needs to show at least three forms of dissociation unlike in the case of PTSD.

In order to diagnose a person as suffering from the above condition, he or she must experience a trauma that is both threatening to the physical integrity of himself or herself or that of others around him/her and must react to these conditions with fear, helplessness, extreme sorrow or other similar negative emotions. In addition, he or she must show at least three dissociative symptoms as mentioned above. The individual must also display open distress when reminded of the trauma. The above symptoms should impair the person’s day to day life and should be solely due to the exposure to the trauma and not due to other mental or physical illness or drug/ medication influence.

Physical examination and assessment of health status are the first steps of determining whether a person is going through acute stress or not. In order to ensure that vulnerable groups of people are given the proper knowledge and care to keep from acute stress disorders, examining those who are more likely to develop the condition and keeping track of their lifestyles and mental health will protect them from possible mental turmoil.

Cognitive behavioral therapy is considered the most effective therapy to deal with acute stress. Sufferers are taught to change their perceptions, confront distress and change emotions that influence them negatively. As for behavioral therapy, sufferers are taught how to recondition their lifestyles and reactions in a healthier manner, where they can deal with crises more effectively.

Psychodynamic psychotherapy and family and group therapy have also shown hopeful outcomes in those suffering from the acute stress disorder. Reaching into the unresolved internal conflicts and correcting all negativities right from childhood is what psychodynamic therapists do. It is a well known fact that group therapy helps individuals suffering from various disorders to share their experience and feel a sense of belonging with the realization that they are not alone. However, group therapy must be well controlled and conducted by a highly trained professional in order to keep the traumas of fellow group members influencing one another in a negative manner.

By involving family and friends in therapy, a more closely knit support system where the sufferer is constantly supported by those around him, maybe built. However, most importantly, the immediate remedy for acute stress or any other form of trauma-related anxiety is to remove the individual from the threatening situation immediately.

About the author: John M. Caviness is a successful marketing manager at the service where you can ask to “type my essay”. This job gives him an opportunity to express his opinion and thoughts on different topics including web development.

How a More Well-Balanced Life Can Improve Mental Health