The Situation and Effects on School Children of Cyberbullying in Japan 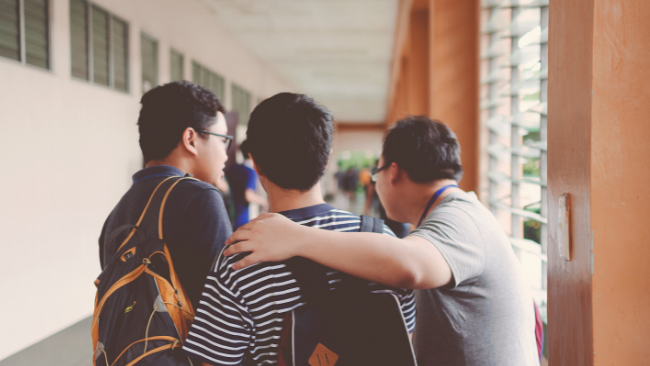 The main purpose of this research is to analyze the governments data on trends of cyberbullying (including “school yard” bullying), and to evaluate the efficacy of government measures following the release of the 4th basic plan on measures for providing safe and secure internet use for young people in 2018. 3 Years after new legislation, the authors hope to clarify whether or not the government is moving closer to making progress on a long standing major cultural problem in Japan.

Statistical analysis of government figures over six years was performed, from 2014 to 2019. The analysis includes a breakdown of reported causes and of the age groups of victims. These figures were from various government bodies including the Police Authorities, Health & Welfare Department and The Cabinet Office.

The Ministry of Education, Culture, Sports, Science and Technology conducted a survey on issues related to student guidance such as problem behavior and some school's refusal to accept certain students every year. The government is aware of bullying, such as "cyberbullying", slander, defamation, unpleasant comments made via personal computer and/or mobile phone yet remains woefully unprepared to deal with it.

The data shows that cyberbullying continues to increase annually (Fig.1). The number of cyberbullying in junior high school students is especially high as is the increase of total internet use (Fig.2). As technology progresses, the pandemic worsens, and education adopts the use of personal tablets for students, we begin to see some of the contributing factors involved in an increase of internet use. However, In the data shown here, rather interestingly internet use for education/learning has in fact decreased. In addition, suicide of schoolchildren due to bullying is increasing, including a significant increase caused specifically by the cyberbullying of younger children. 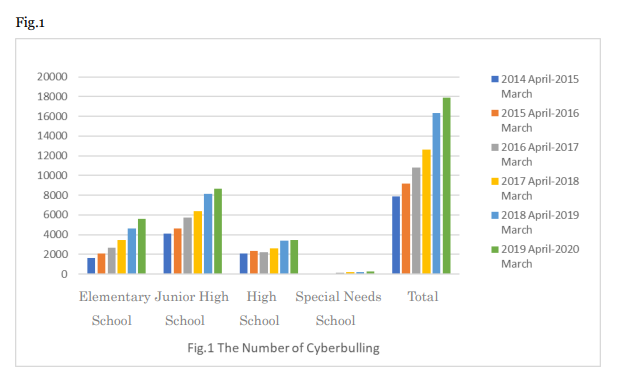 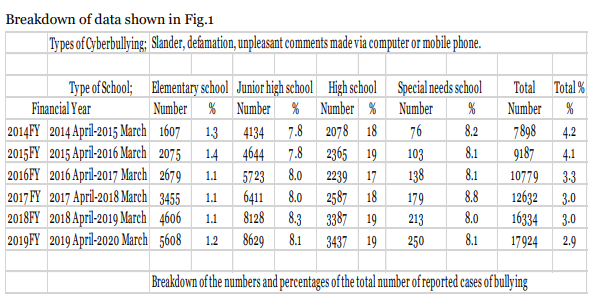 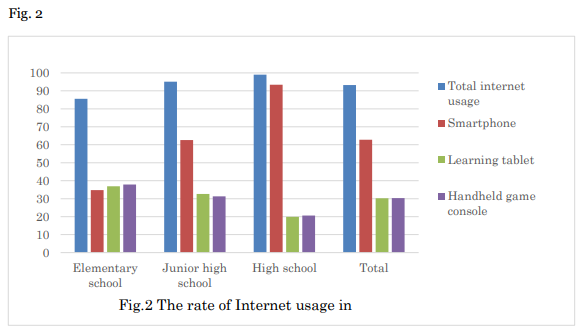 The data strongly suggests that current measures to combat cyberbullying are inadequate. Without laws to force schools to educate children the problem will continue. Teachers need to be educated in early detection of cyberbullying, indeed, bullying in general, and counseling support needs to be provided by specialists. The enforcement of the Act on Development of an Environment That Provides Safe and Secure Internet Use for Young People in 2008 and the basic plan on measures for providing safe and secure internet use for young people, which was subsequently formulated, are clearly ineffective. A Bullying Prevention law was introduced in 2013, this was however designed to focus on bullying with almost no mention of cyberbullying. Current provisions are too ambiguous.

At present, the Japanese government does not have a support system available to deal with bullying/cyberbullying and there are no plans to develop one in the foreseeable future. COVID-19 has, not surprisingly, compounded the issue (perhaps highlighted it), yet one must be mindful that the increasing trends shown in this research, existed long before the pandemic. This would strongly suggest that without
urgent, radical changes, the situation is set to get even worse and less manageable. There are a number of
other factors that contribute to the overall situation but they fall outside the purview of this research and
will be addressed in other research currently being conducted by the authors. 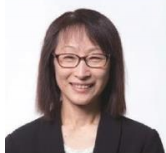 Mika completed her Master’s degree in Health Science at Hiroshima University, Graduate School of Medicine (2003) and a distance education course in Palliative Care Nursing (16 weeks) at The International Institute of Palliative and Supportive Studies, Flinders University (2012). 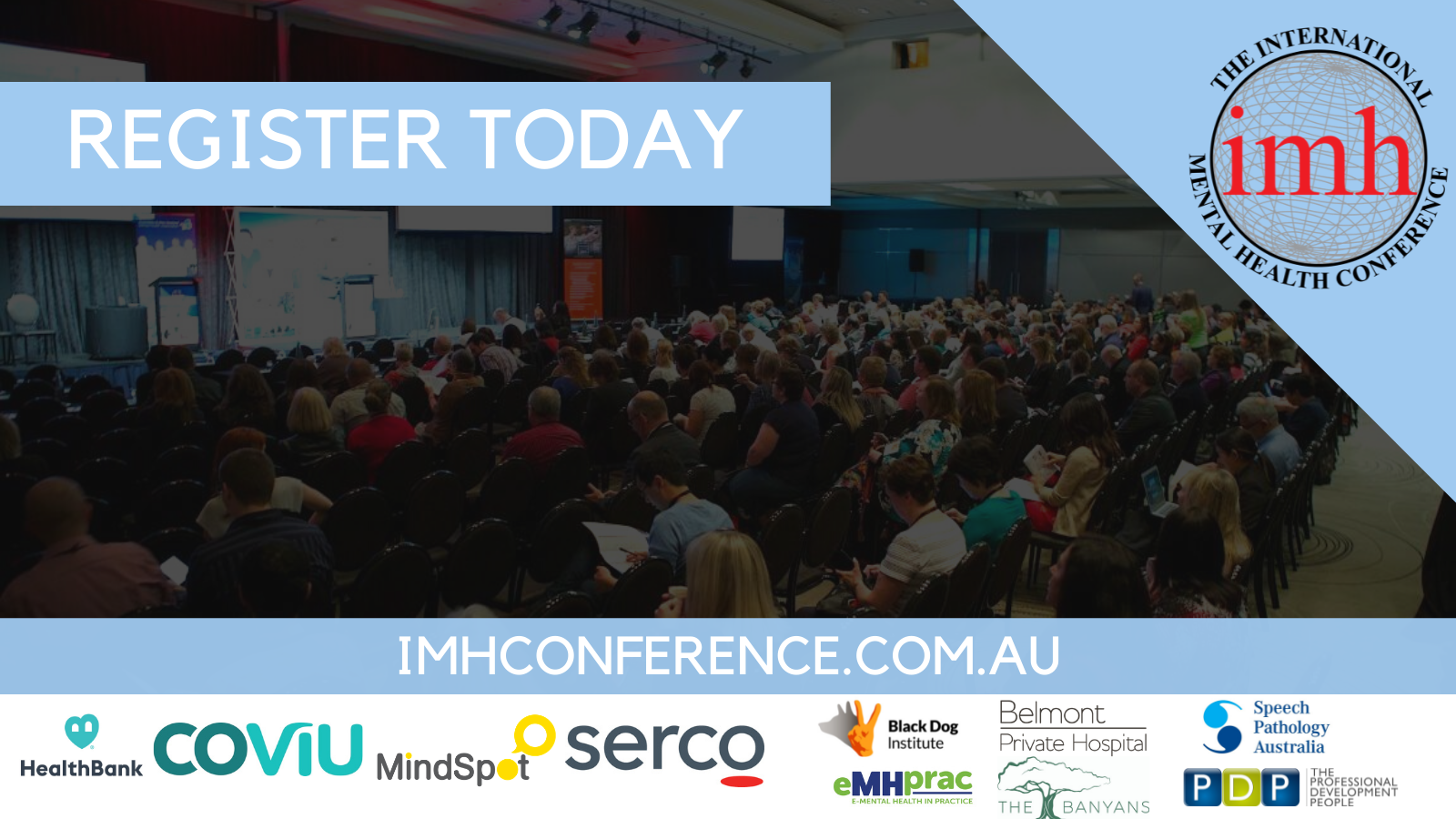 Getting Back to the Office: Manage Your Workers for Better Productivity