Exploring healthy and unhealthy uses of music by teenagers in recovery 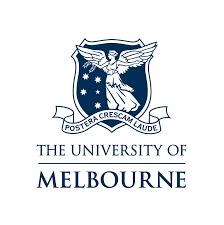 The strength of the relationship between adolescents and their music is well understood. However diverse perspectives exist regarding whether music is a valuable resource or a dangerous priming agent for vulnerable young people.

Empirical investigations provide evidence for both possibilities, with researchers typically employing methodologies that are likely to confirm their own assumptions. Correlations have been used to good effect, with an undeniable association being found between 'problem' music and mental health problems. Pre- and post-tests that use active music making as an intervention have equally convincingly shown that young people in recovery benefit from rapping, playing instruments and sharing songs.

In adopting an integrative perspective, it becomes clear that music is not a powerful force for either growth or harm, but rather, music has inherent potential that can be appropriated by young people to impact their health. Whether musical engagement is helpful or harmful is strongly influenced by the conditions in which is occurs. 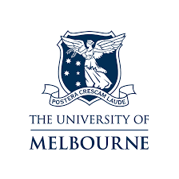 The 14th International Mental Health Conference  being held at Outrigger, Surfers Paradise 5th-6th of August 2013 welcomes Associate Professor Katrina McFerran and Dr Sandra Garrido of the University of Melbourne who will share a scale that has been developed to assess the ways that young people use music in relation to their health. The Healthy Uses of Music Scale (HUMS) proposes 18 questions that solicit information about the positive and negative ways young people describe using music and being impacted by music. This scale was developed from research interviews with young people across the health spectrum, including those with depression and anxiety, as well as problems relating to school behaviour. Scores indicate risk and protective factors that can be used in the recovery process with young people. Whilst formulated as a scale, the questions have been used to good effect with young people as the basis of important discussions that might assist in identifying ruminative, isolating or priming behaviours that have been strengthened by the use of music, often without intention or consciousness.

Associate Professor Katrina McFerran is a registered music therapist as well being Head of Music Therapy as at the University of Melbourne and Co-Director of the National Music Therapy Research Unit. She has worked with vulnerable young people for two decades using music as a medium for health and recovery in the fields of mental health, chronic illness and disabilities.

If you would like to attend A/Prof McFerran's and Dr Garrido's presentation, registrations for the 14th International Mental Health Conference are still open. Click here to register or click here to see our program of sessions and workshops.

Dr John Durkin, from the UK to keynote and workshop at the Australian Rural and Remote Mental Health Conference 2013